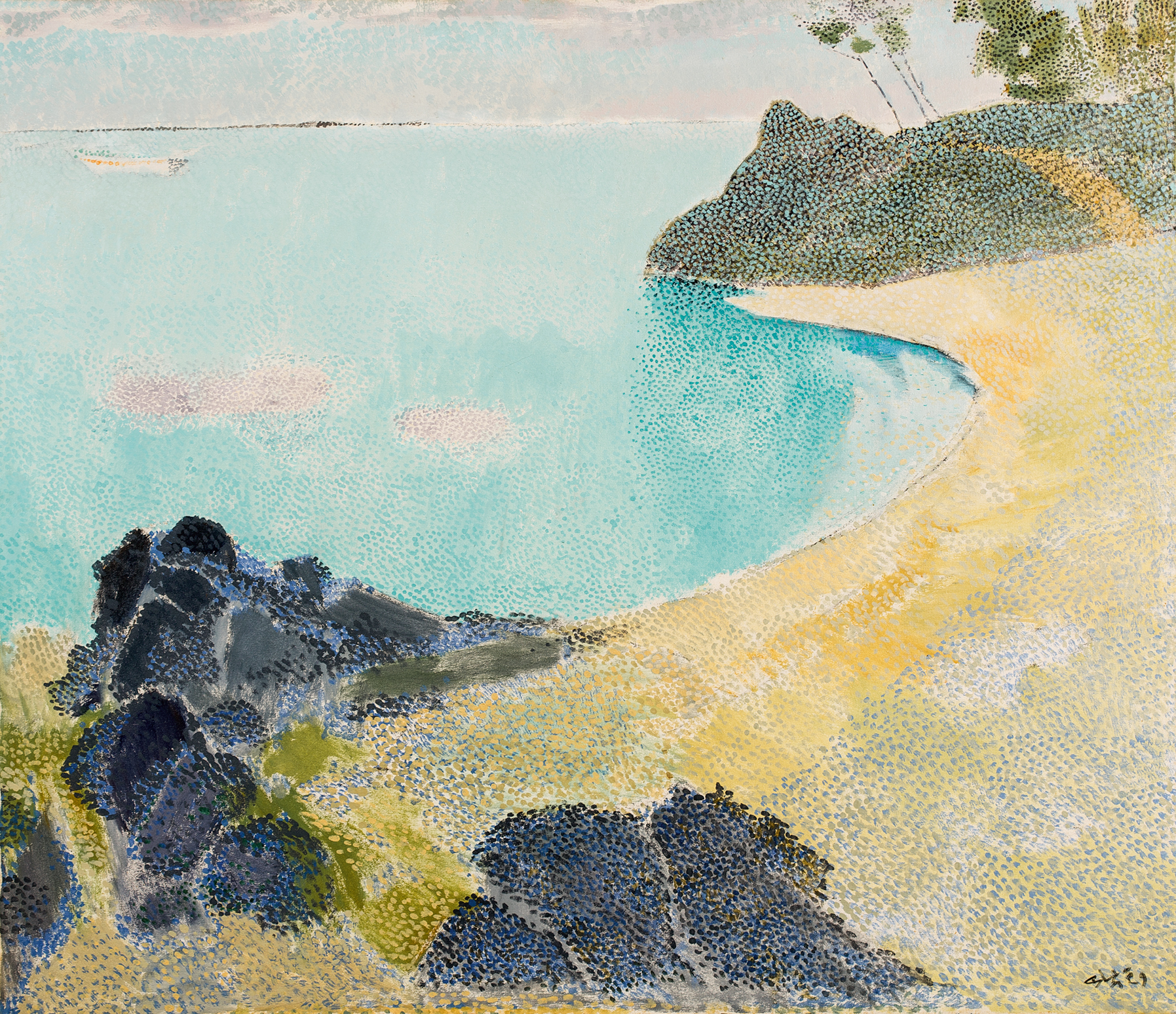 Property from an International Collector

Purchased from the artist's wife soon after Bendre's death

N.S. Bendres works are defined by their visually pleasing, joyful images, whether depicting the charms of rural India, or the natural beauty of the landscapes around him. While he painted landscapes from as early as the 1930s, it was only in the 1970s that he began experimenting with his own version of Pointillism, the movement first developed by the French artist Georges Seurat in the 19th century. These paintings are built up using pixel-like dots and small quick brushstrokes to create the overall image, which rather than being naturalistic representations, are more unique renderings of how the artist visualises and interprets his subjects.


The current work, done in 1991, was one of the last complete works done by Bendre. He visited Mauritius that year, and upon returning to India, recreated the view from his window of the uninterrupted coastline with its scenic palm trees and rock formations on the gently sloping beach. The calm aquamarine water recedes gently towards the horizon, demarcated only by a single boat on the water.


The artist states: ...for me, the creative process begins with the blank canvas, by the dabbing of paint on it, the aim being to catch the original impact of the total image conceived. Things are nebulous in the beginning, become clearer by manipulating, by the application of more paint, dabbing, scratching, washing off, repainting, till I'm nearer to the original impact. (Ram, Chatterji, Bendre The Painter and the Person, Singapore, 1990, p. 63)
Created By Pundoles