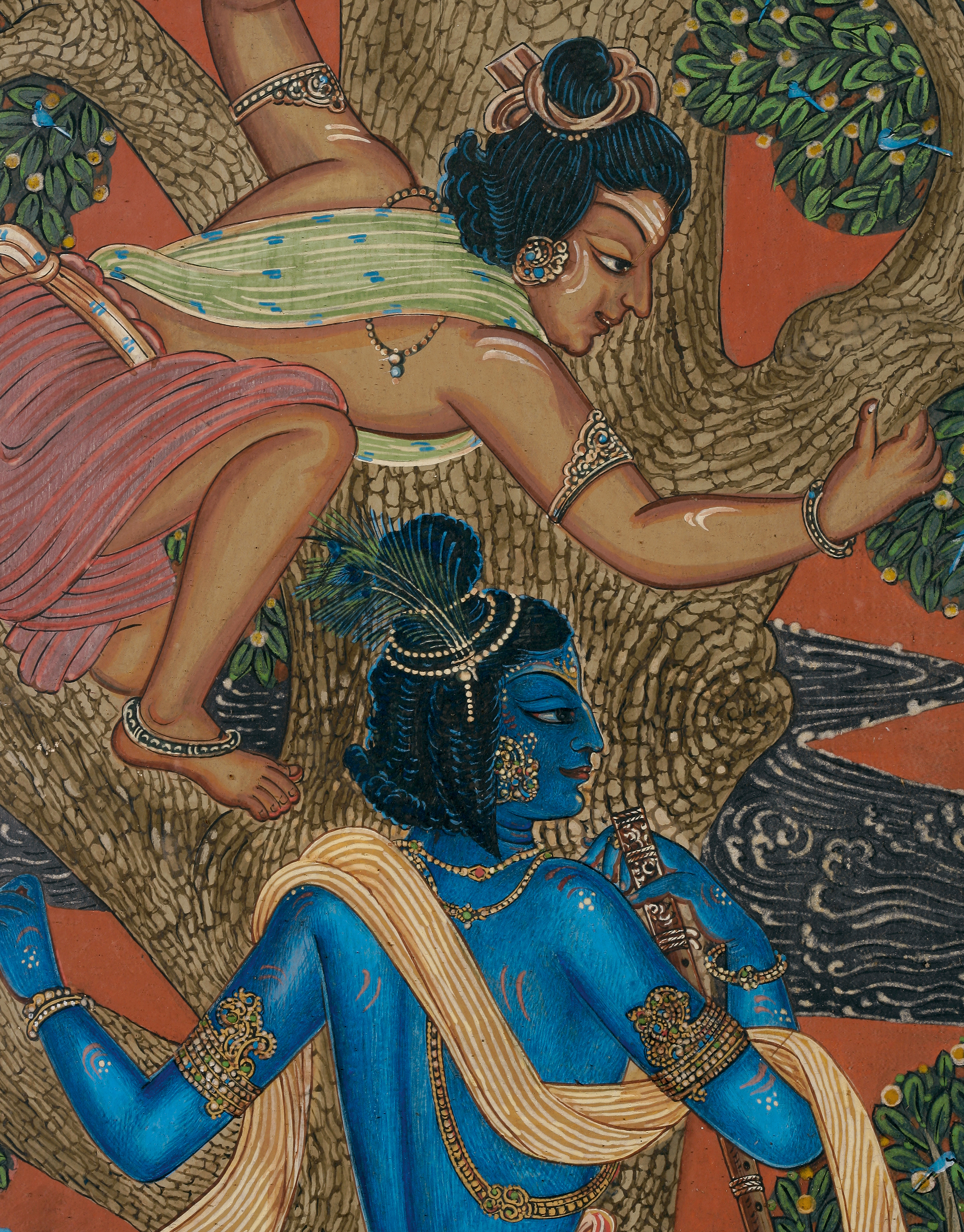 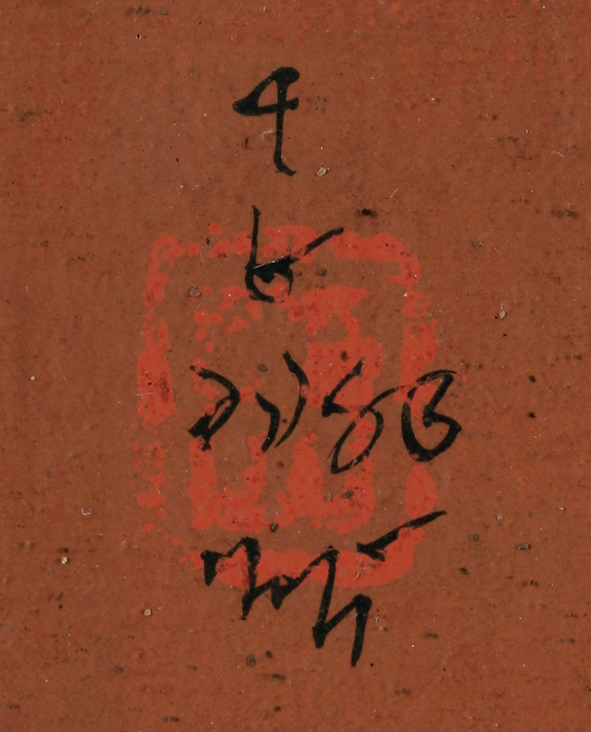 The love story of Radha and Krishna is one of the most universally loved subjects of Hindu literature. It is a theme that clearly also appealed to Nandalal as is evidenced by several drawings and paintings of the lovers that he produced during his career. In the current work Bose depicts Krishna as a youth, hiding in the branches of a tall tree with his childhood friend Subal. They both spy on the naked Radha who is seen in the distance bathing on the banks of the Yamuna, blissfully unaware of their presence.


The subject is one that had appealed to miniature artists long before Bose, but his choice of composition is unusual. For the most part, in traditional paintings Krishna is depicted in a distant tree spying on Radha, who is seated in the foreground of the painting. Here Bose has inverted the classical rendering of the scene so that the viewer joins Krishna in the tree and looks down upon the distant Radha. The painting is both humorous and yet charged with emotion. The treatment of each individual leaf in the tree, the miniature bright blue love birds perched in the branches, the pattern of the bark, and the swirling currents of the river are all decorative elements that Bose uses with great dramatic effect to heighten the mood of the painting.


Nandalal Bose is primarily remembered as a towering representative of the nationalist movement in Indian art, which is often mapped through iconographic considerations of the subject matter and their nationalist underpinnings. But his more enduring contribution to Indian art lies in making the visual language of traditional art practices accessible to a new generation of Indian artists... His method of study being comparative led to the exploration of affinities and differences not merely between varied practices within Indian art but in the entire region. This was in keeping with and aided by the prevailing sway of Pan-Asianism. In Nandalal, Pan-Asianism acquired the widest possible geographical amplitude stretching from Persia to South and South East Asia and the Far East.


In the arts of India he saw two discrete approaches, one that was concerned with volumetric apprehension of forms and was monumental in concept, even if not always in practice. And this encompassed both sculptural reliefs and murals. The other approach was more decorative in orientation, and used flat colours and graphic rendering of forms. The latter he thought expressed itself in different stylistic idioms and had a greater Pan-Asian compass.


During the thirties Nandalal did several important paintings in which he experimented with these traditions individually and tried to see where they overlapped. Paintings like Radha in the Grove, the Shapamochan mural, Expectation, Radhas Viraha and The Golden Pitcher belong to this group. Each had a different source but was guided by a convergent purpose. Radha in the Grove though miniature in size reminds us of Japanese decorative paintings. Radhas Viraha draws on the compositional features of Rajasthani miniatures though it is considerably larger in size. (R. Siva Kumar, July 2013)


The current painting although painted a decade later than the paintings Siva Kumar mentions above, continues the exploration of a visual language that was clearly inspired by locally derived painting techniques and locally inspired religious stories. The work is painted in natural pigments on a thick panel of wood that has been prepared in the traditional manner. The resulting effect is similar to that of his early murals, and the vibrancy of the natural pigments causes the surface of the painting to glow almost seventy years after it was completed.
Created By Pundoles