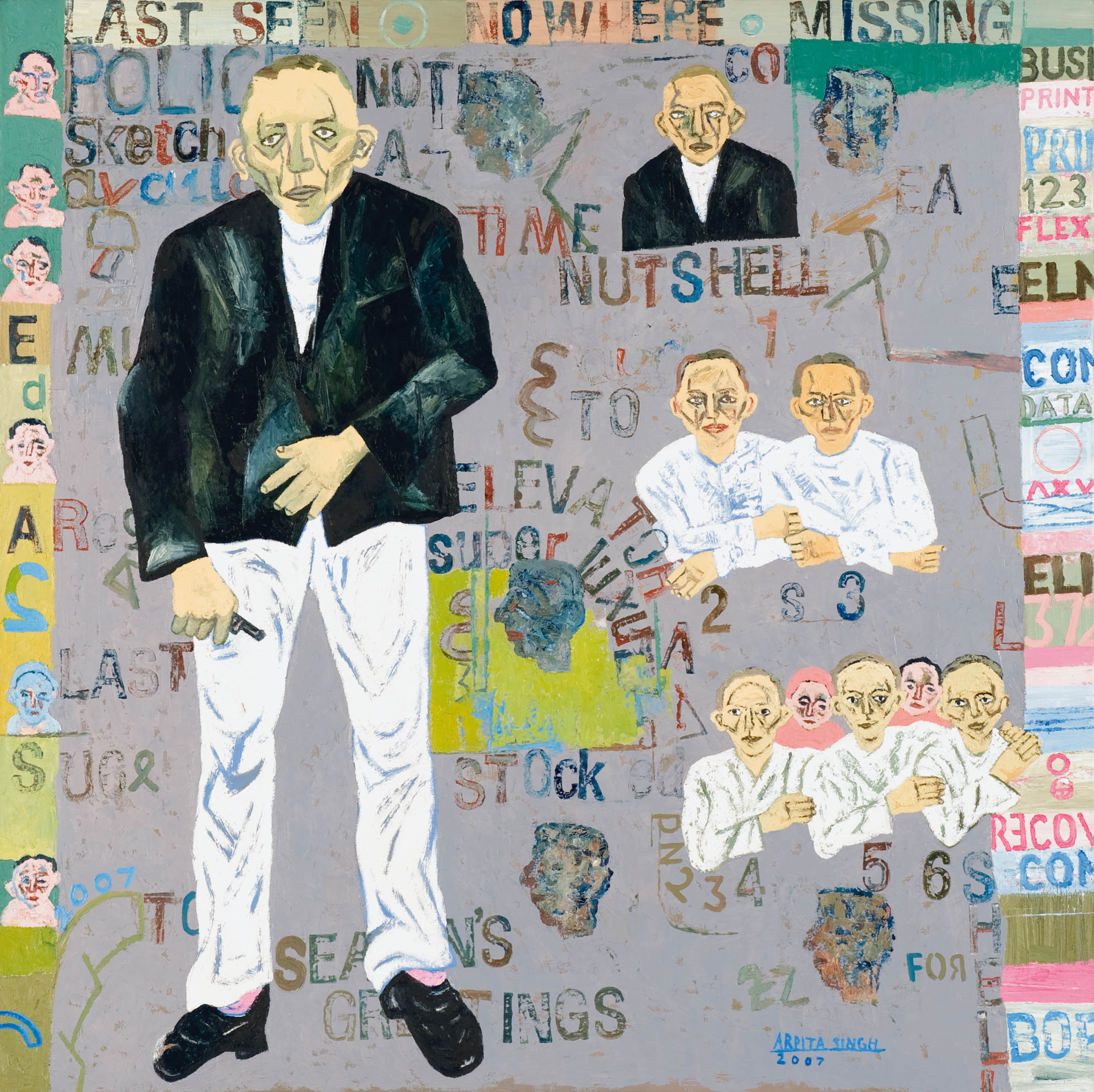 PROPERTY FROM AN IMPORTANT INTERNATIONAL COLLECTION

Arpita Singh, over her artistic career, has evolved a distinctive visual language and style, intermingling history and myth, fantasy and reality. She takes the complexities of the world and translates them onto the canvas, using what can be perceived as simplified forms displaying a certain naivete, yet possessing a sophisticated sensibility. These forms are often presented against backgrounds with repetitive motifs, numbers and words, grids or maps; her experience as a trained textile designer influencing the compositional structure of her canvases.


Singh's works are often a commentary on the political environment and social injustices she saw around her, as well as interpretations on the structures of our domestic lives. These instances of violence or injustices however, are never directly represented in her works; she relished ambiguity. Rather, it is expressed through subtle metaphors and encoded in the layers of her work. When looking at the current lot, at first glance the image remains unclear. On deeper examination, one notices the gun in the lawyer's hands, or looks to the background text for further clues to alleviate the uncertainty of the image. The exact interpretation nevertheless remains elusive.


'Arpita Singh's Classified File, 2007, is a whimsical composition where comedy and tragedy become interchangeable as Singh comments on our programmed urban existence, the mindless obsession with creation of wealth and prevalence of social injustice. Her bold use of color and confident control of the medium reveals her extraordinary talent as a painter.' (Art Daily, 30 June, 2007)
Created By Pundoles