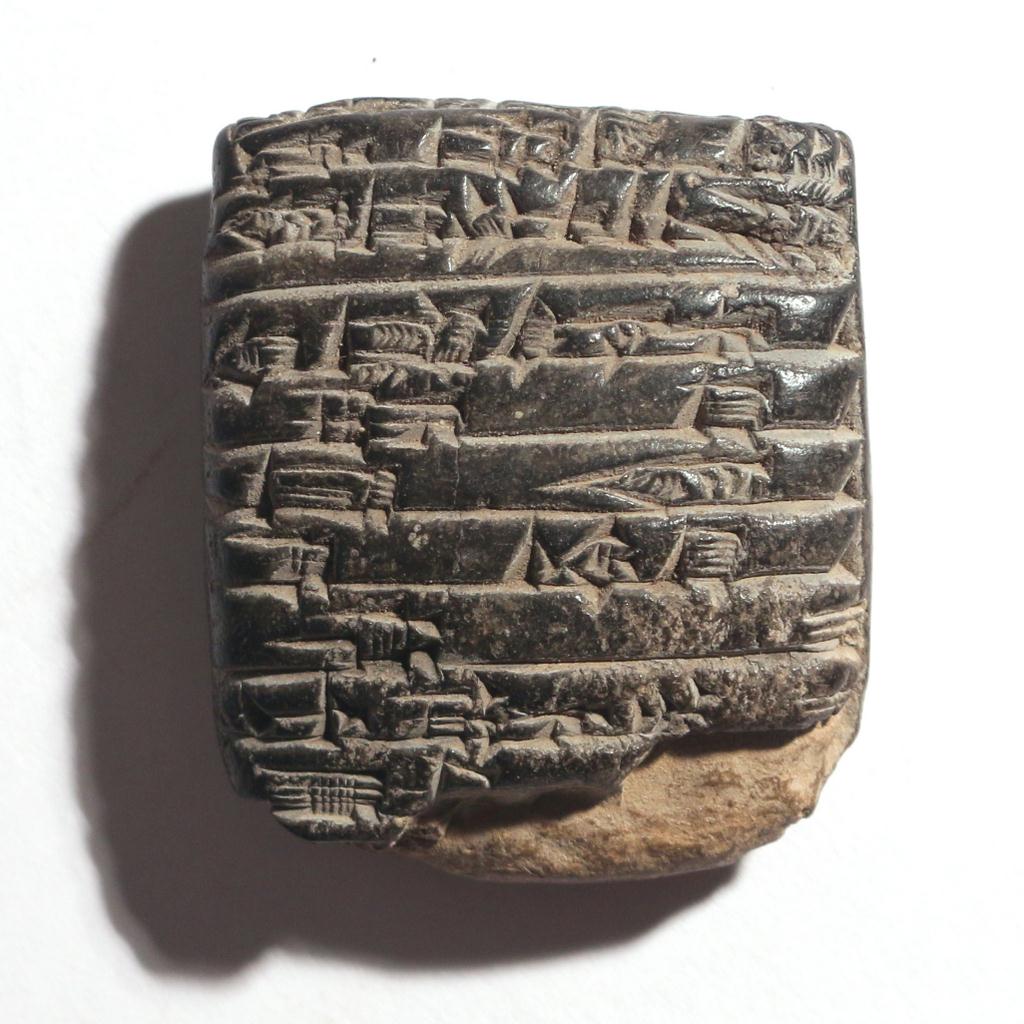 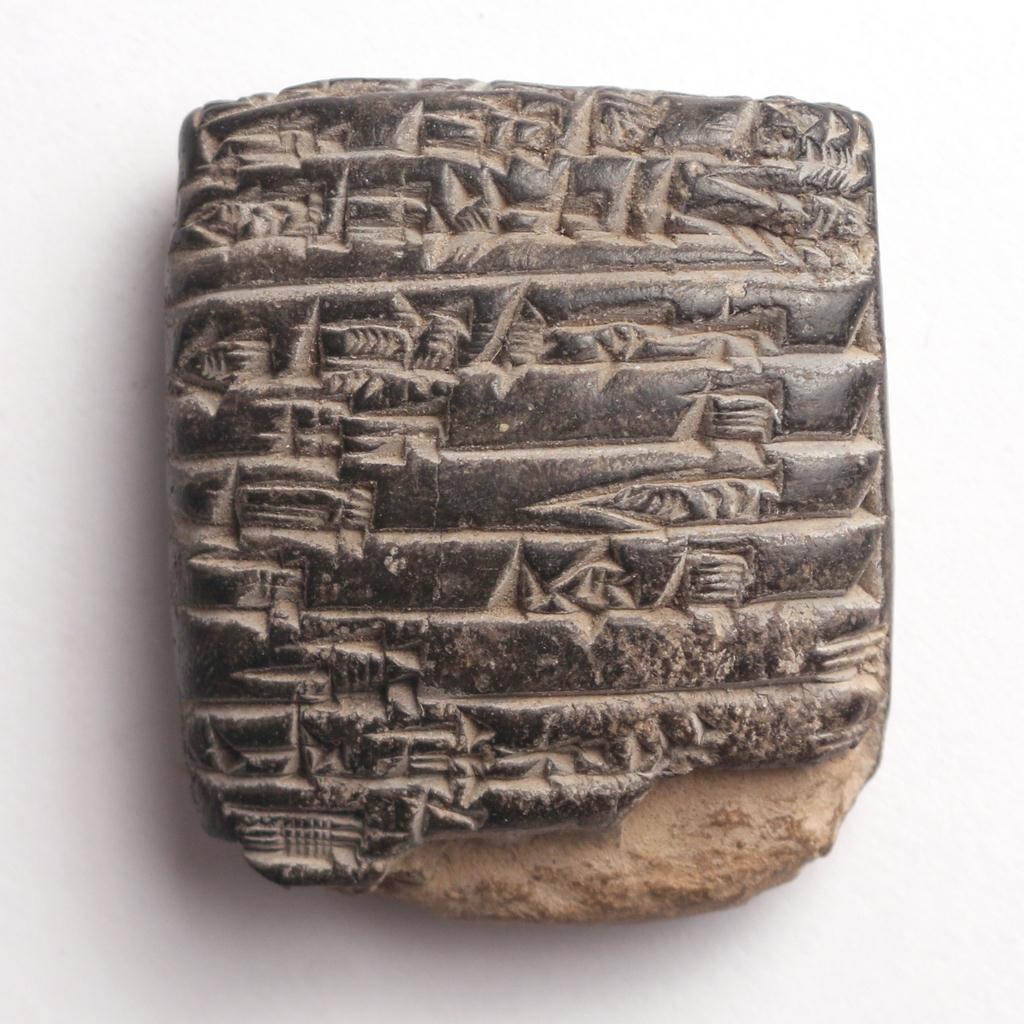 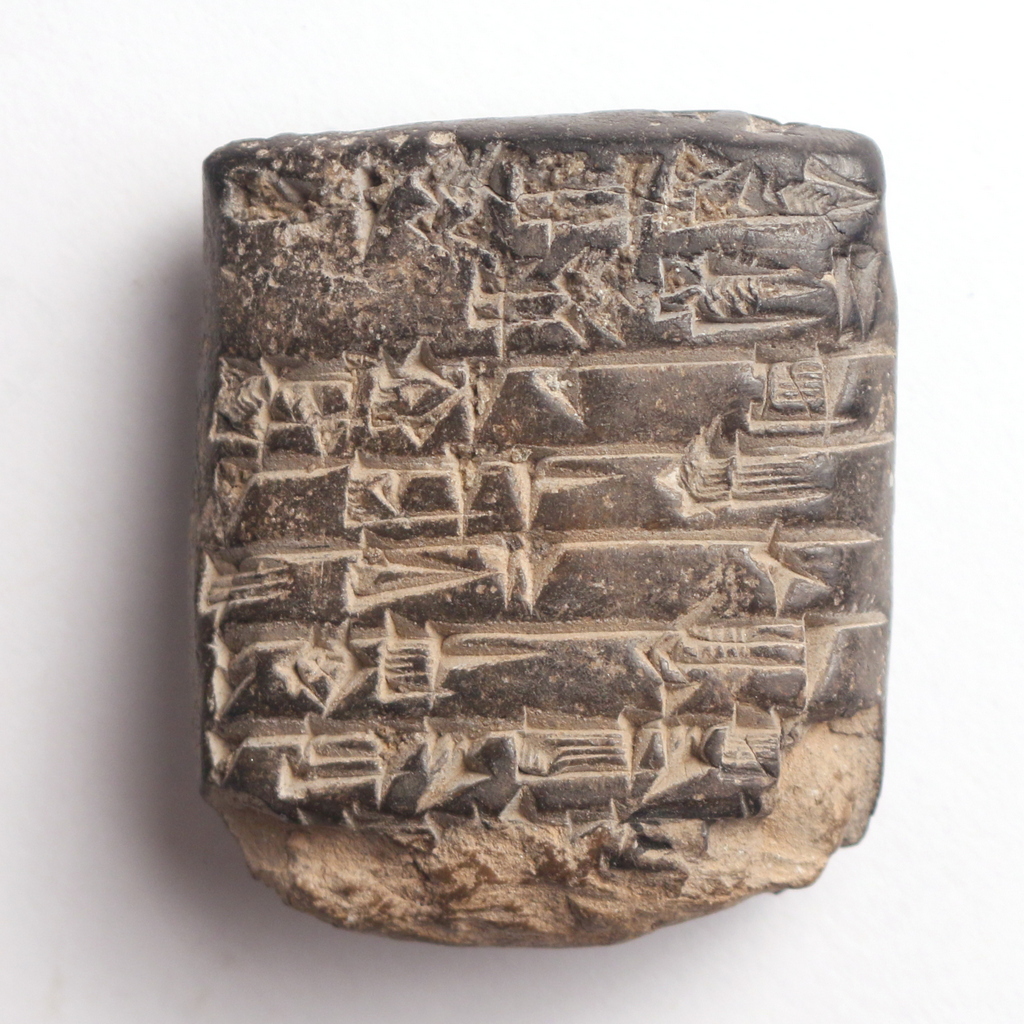 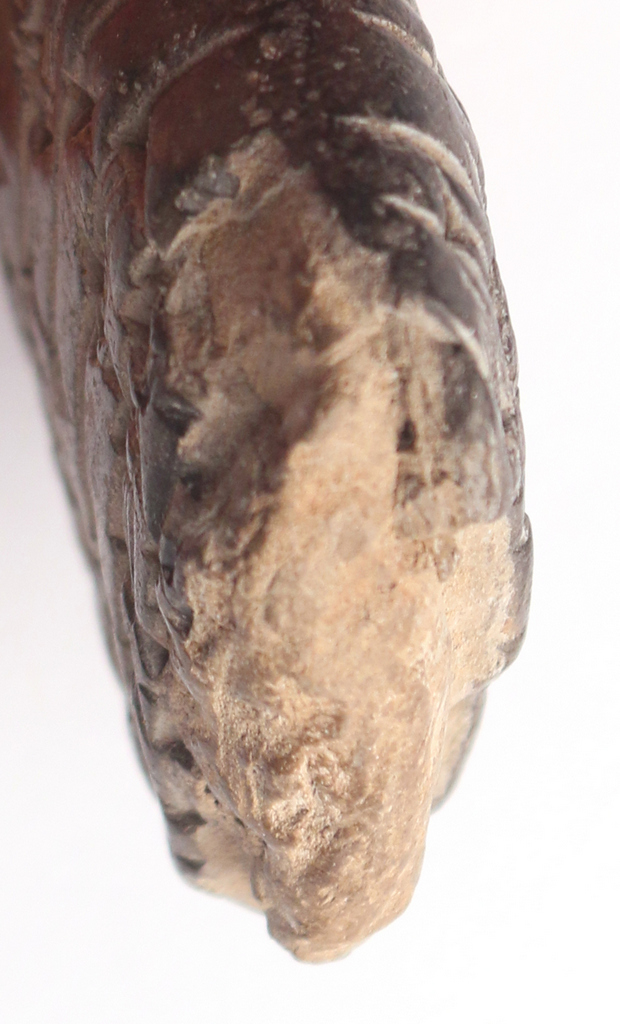 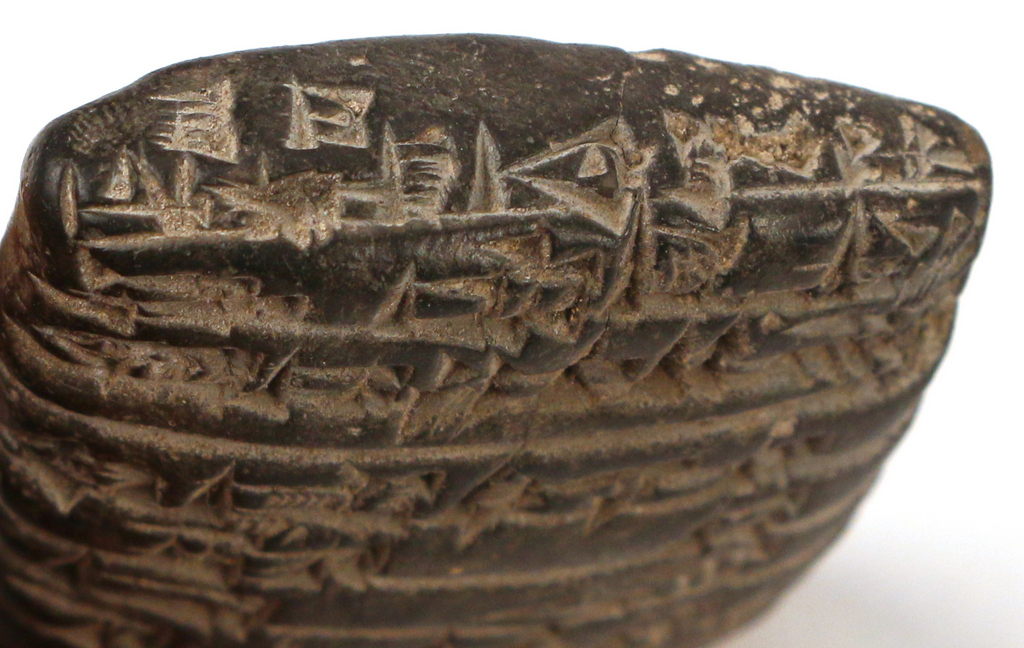 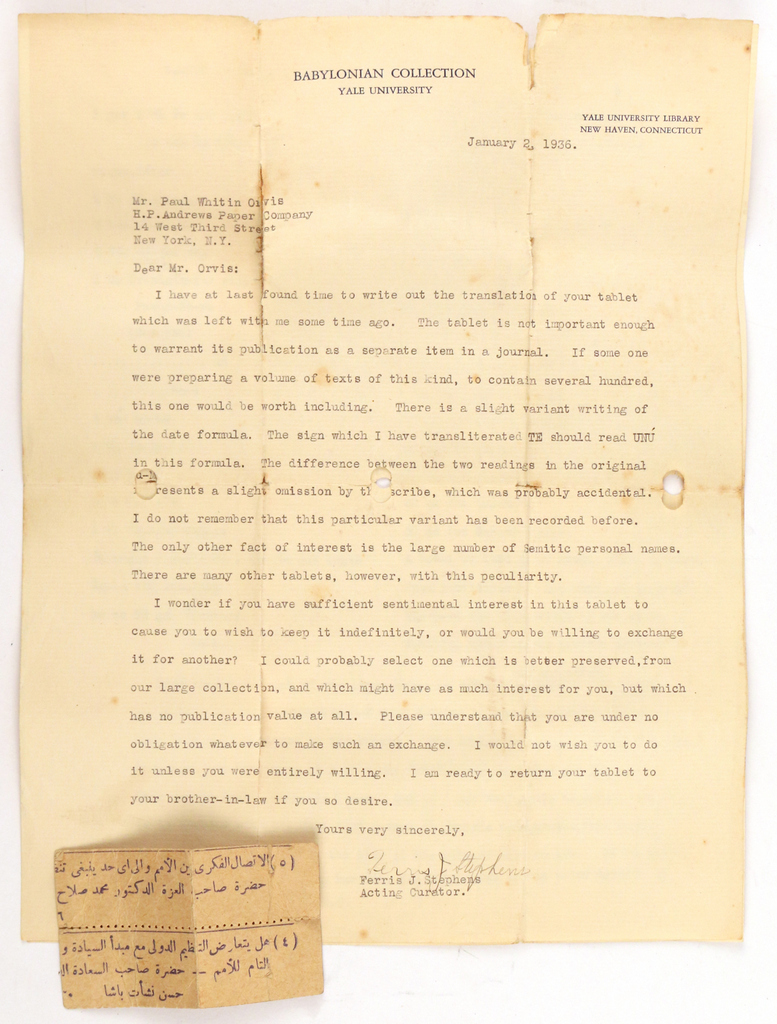 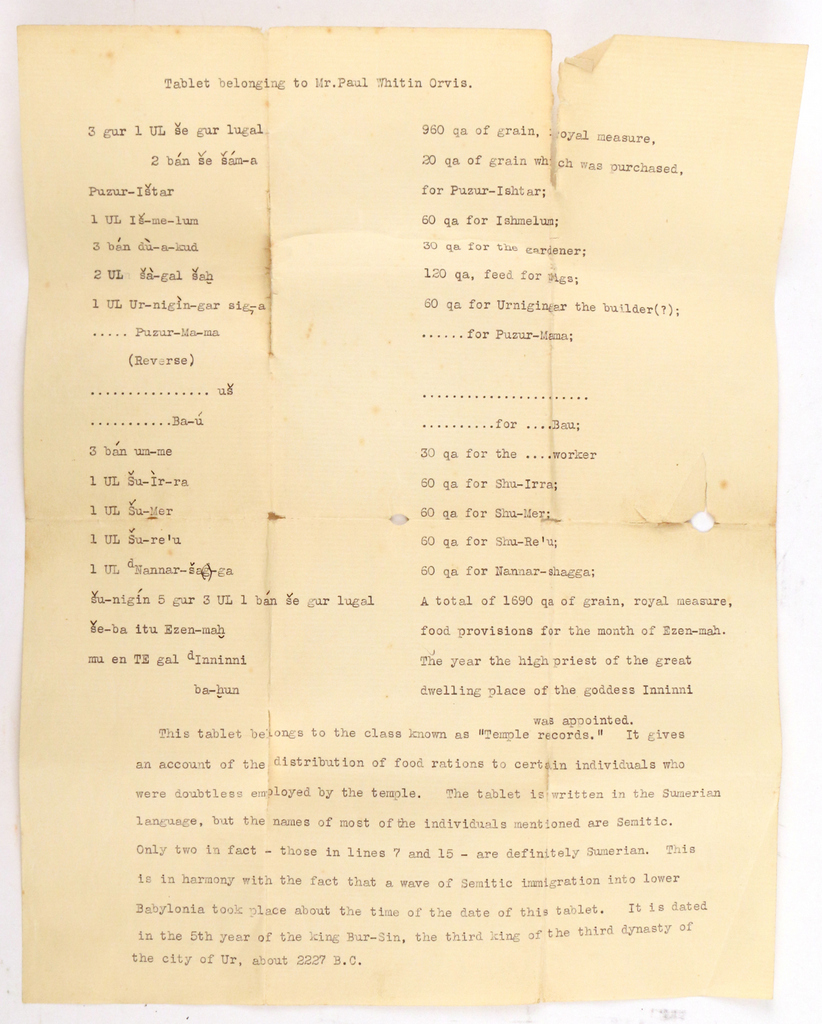 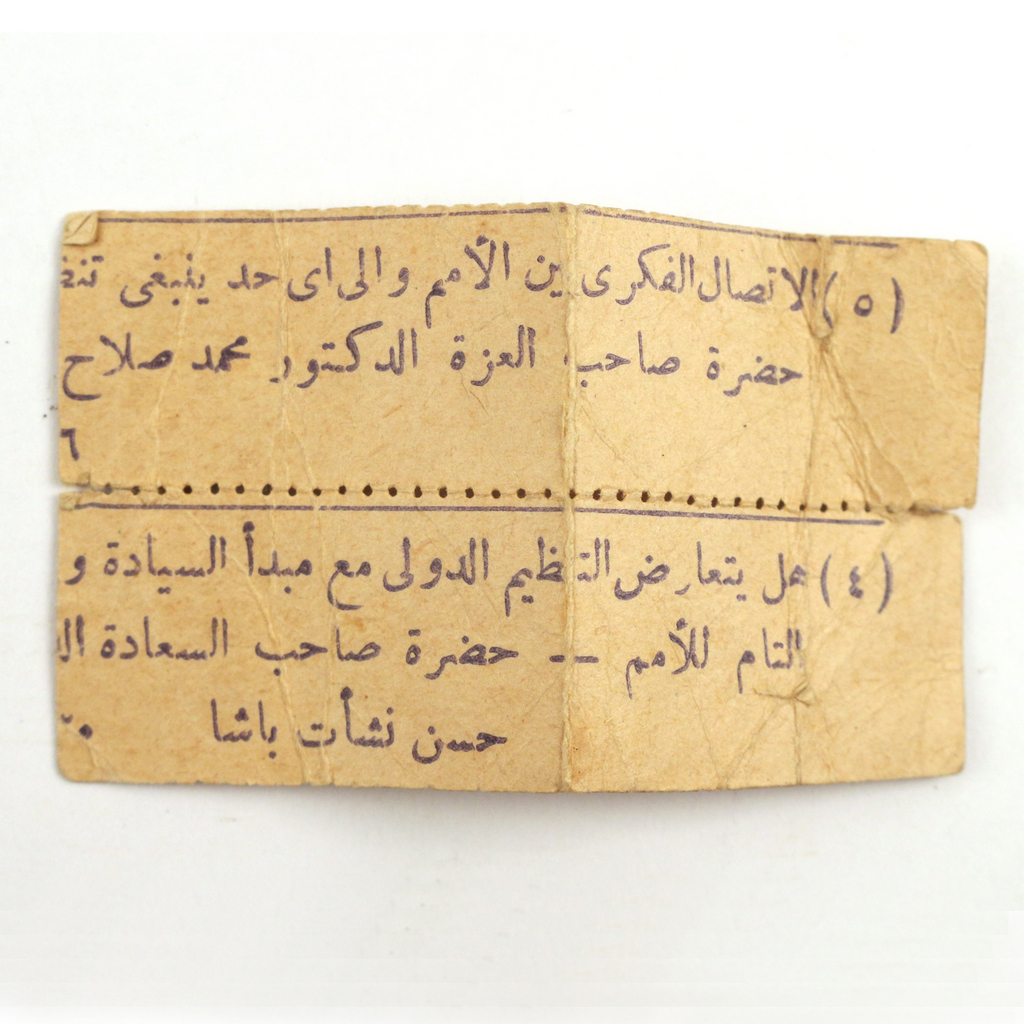 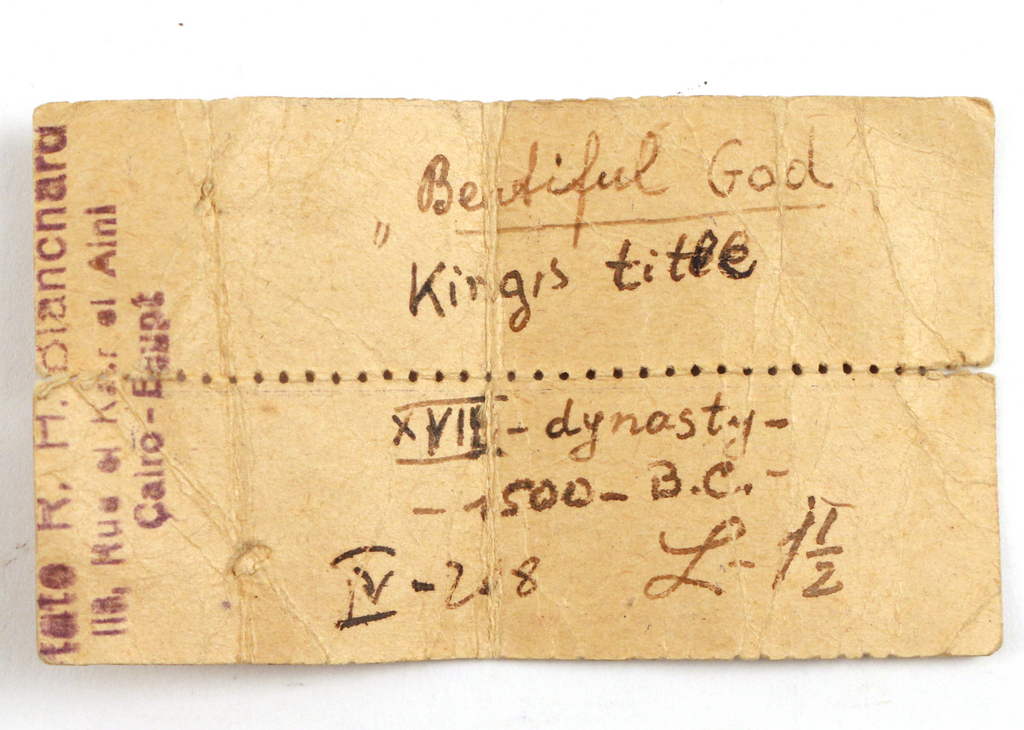 a 'Temple Records' tablet dated the 5th year of the king Bur-Sin, the third king of the third dynasty of the city of Ur, about 2227 BCE, impressed with Sumerian measures of grain, appx. 2 x 1-5/8 in.; complete with letter of translation from Ferris J. Stephens, Curator of the Yale University Babylonian Collection dated January 2, 1936.

"Dear Mr. Orvis, I have at last found time to write out the translation of your tablet which was left with me" some time ago. The tablet is not important enough to warrant its publication as a separate item in a journal. If some one were preparing a volume of texts of this kind, to contain several hundred, this one would be worth including. There is a slight variant writing of the date formula. The sign in which I have transliterated TE should read UNU in this formula. The difference between the two readings in the original represents a slight omission by the scribe, which was probably accidental. I do not remember that this particular variant has been recorded before. The only other fact of interest is the large number of Semitic personal names. There are many other tablets, however, with this peculiarity.

I wonder if you have sufficient sentimental interest in this tablet to cause you to wish to keep it indefinitely, or would you be willing to exchange it for another? I could probably select one which is better preserved, from our large collection, and which might have as much interest for you, but which has no publication value at all. Please understand that you are under no obligation whatever to make such an exchange. I would not with you to do it unless you were entirely willing. I am ready to return your tablet to your brother-in-law if you so desire.

20 qa of grain which was purchased for Puzu-Ishtar;

A total of 1690 qa of grain, royal measure, food provisions for the month of Ezen-mah. The year the high priest of the great dwelling place of the goddess inninni was appointed.

This tablet belongs to the class known as "Temple Records." It gives an account of the distribution of food rations to certain individuals who were doubtless employed by the temple. The tablet is written in the Sumerian language, but the names of most of the individuals mentioned are Semitic. Only two in fact - those in lines 7 and 15 - are definitely Sumerian. This is in harmony with the fact that a wave of Semitic immigration into lower Babylonia took place about the same time of the date of this tablet. It is dated in the 5th year of the kind Bur-Sin, the third king of the third dynasty of the city of Ur, about 2227 B.C."