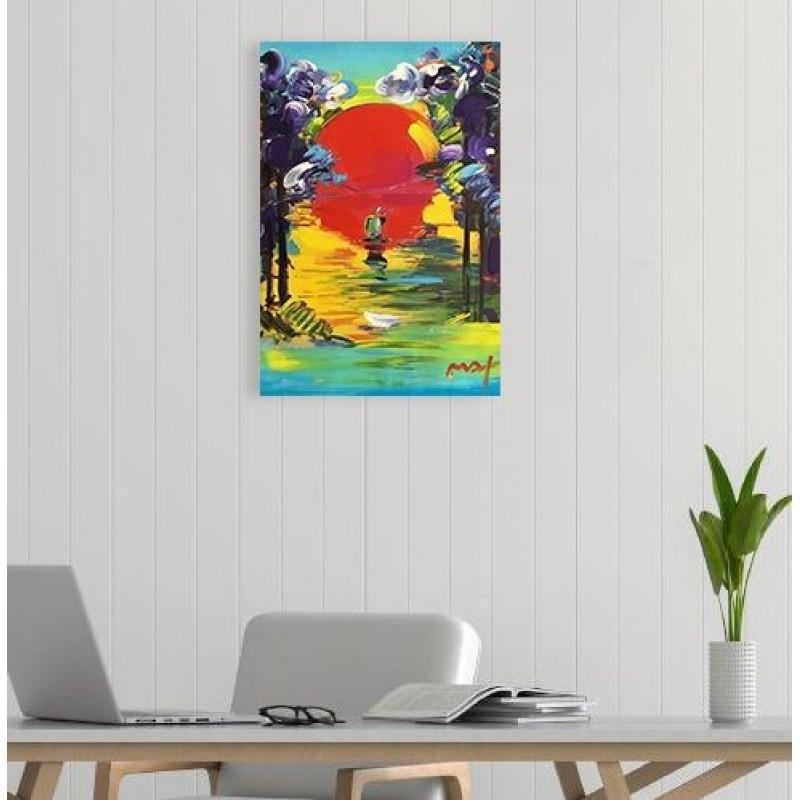 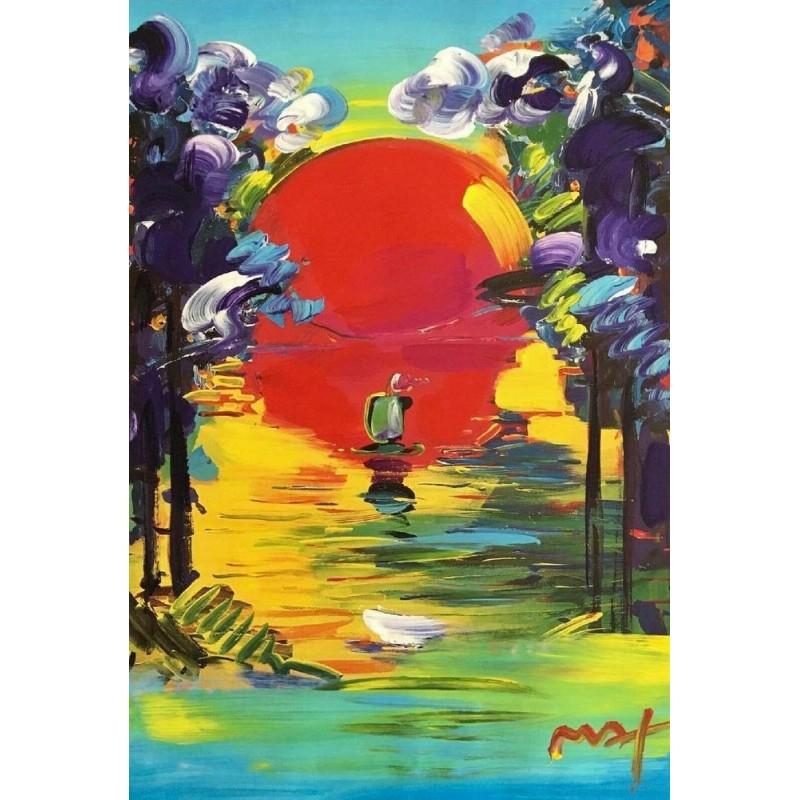 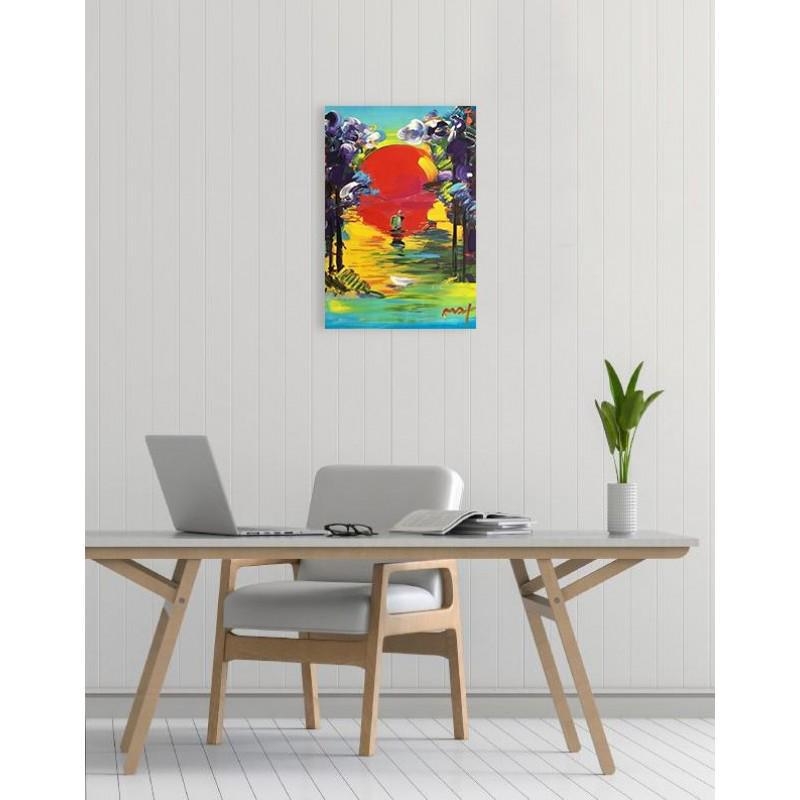 PETER MAX (1937)
Ready to be hang on the wall. Canvas on the wooden frame.
Medium: printed on canvas panel
Diagonal: 21,3" or 54,1 cm.
Size: 11,8" x 17,7" (in) or 30 x 45 cm.
Date: c. 1985. w / C. of Attribution.
Color can be slightly different from the picture.
Peter Max (born Peter Max Finkelstein, October 19, 1937) is a German-American artist known for using bright colours in his work. Works by Max are associated with the visual arts and culture of the 1960s, particularly psychedelic art and pop art. Max's art work was first associated with the counter culture, neo-expressionism, and psychedelic movements in graphic design during the late 1960s and early 1970s. He is known for using bursts of color, often containing much or all of the visible spectrum. His work was influenced by others. Max's repeated claims, varying in detail, to have worked on Yellow Submarine have been denied by the production team. Max works in multiple media including painting, drawing, etchings (including aquatint), collage, print making, sculpture, video and digital imagery. He also includes "mass media" as being another "canvas" for his creative expression. Max often uses American icons and symbols in his artwork. He has created paintings of presidents Ford, Carter, Reagan and Bush in addition to his 100 Clintons—a multiple portrait installation. Additional commissions have included the creation of the first "Preserve the Environment" postage stamp, in honor of the World's Fair in Spokane, Washington; border murals at entry points to the United States from Canada and Mexico; and exhibitions in over 40 museums and 50 galleries worldwide. He often features images of celebrities, politicians, athletes and sporting events and other pop culture subjects in his artwork. One of Continental Airlines' Boeing 777-200ER aircraft (registered N77014) sported a livery designed by Max. His artwork was featured on CBS's The Early Show where his "44 Obamas," commemorating Barack Obama, the 44th President of the United States, was debuted. In 2013, HarperCollins published a book of the artist's memoirs and thoughts called The Universe of Peter Max. In it, he relates stories of his life as well as descriptions and thoughts surrounding of some of his artwork.
Ref.: 985664333

Shipping:<li>Domestic: Flat-rate of $17.00 to anywhere within the contiguous U.S.<li>International: Foreign shipping rates are determined by destination.<li>Combined shipping: Please ask about combined shipping for multiple lots before bidding.<li>Location: This item ships from the Ukraine

Your purchase is protected:
Photos, descriptions, and estimates were prepared with the utmost care by a fully certified expert and appraiser. All items in this sale are guaranteed authentic.

In the rare event that the item did not conform to the lot description in the sale, Jasper52 specialists are here to help. Buyers may return the item for a full refund provided you notify Jasper52 within 5 days of receiving the item.
Transferred To 0xd01cd2de43d6996cbb7257d3b1e4d0f3640cbd65
Created By LiveAuctioneers