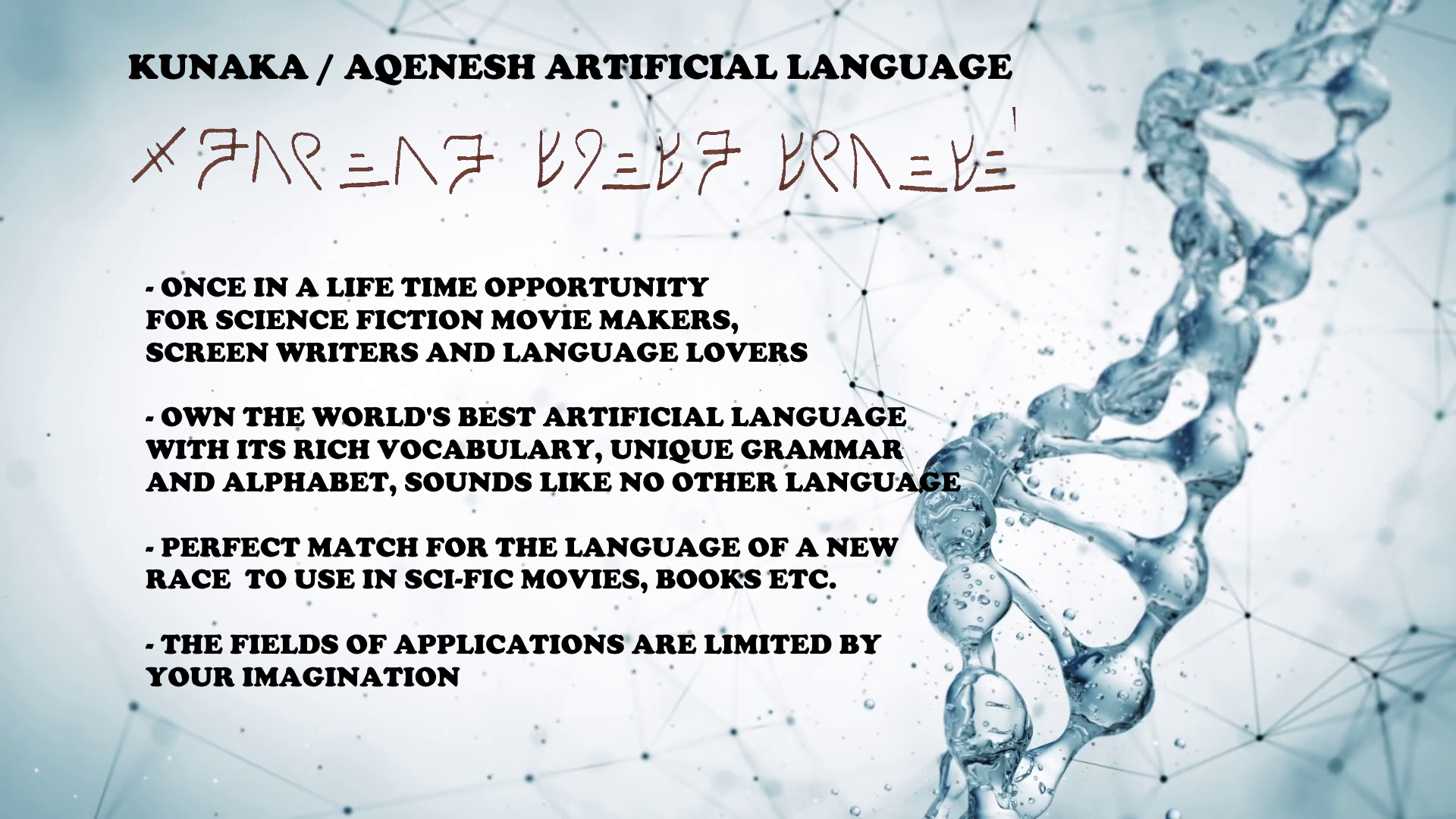 Kunaka is an artificial language created by the language expert Mr.Orkun Ateş, who can
speak 14 more languages. Kunaka language was first created and developed to be used in a Science Fiction
book titled as “The Darkside of the Moon, Volume 1: The Rise of The Kun People Against
Sonach Empire” written by Mr.Orkun Ateş as the language of an alien race, The Kun People.
Kunaka language has two alphabets, one is composed of latin letters and the other one is
composed of its own characters.While the Latin letters enable the reader to learn the language
with ease, the other alphabet known as Kun Alphabet gives its characteristics and uniqueness
to the language. Moreover its grammar structure is quite different from other known
languages making the language the first of its kind.
The readers are given the chance to test and improve themselves at the end of each chapter
with the help of chapter tests. Moreover a general test is provided at the end of the book to
repeat all the topics covered by the book and check their Kunaka language proficiency level.
Created On-Chain By 0xffdbd4ca1da96899733f04bd52bf85b98e7d0705